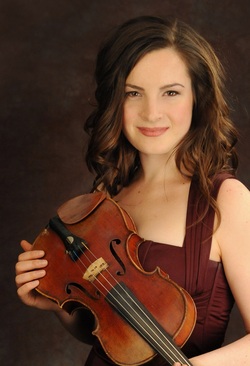 Her extensive chamber music experience includes performing at the Dresden, Music from Angel Fire, and Edinburgh Fringe festivals; touring for Curtis on Tour in Europe and for Chamber Music New Zealand; and recording chamber music for Bridge Records and Atoll Records. Amalia has taught and given masterclasses at institutions including the University of Waikato, The Menuhin School, Conservatorio di Vicenza and Conservatorio Rossini. She is a graduate of the Curtis Institute of Music where she studied under the tutelage of Pamela Frank and Joseph Silverstein, and the University of Auckland, where she studied with Dimitri Atanassov.