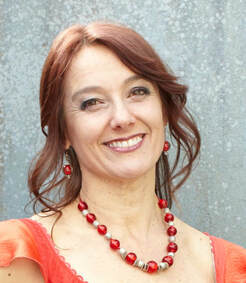 "...[Katherine Austin] is mercurial, alert and a supreme colourist.. I'd put her among the top six pianists in the country and almost unrivalled as a chamber ensemble pianist."
Ian Dando, The Listener

Head of Piano Studies for the University of Waikato Conservatorium of Music, Katherine Austin is one of New Zealand’s leading pianists and performs regularly around New Zealand and overseas, touring frequently for Chamber Music New Zealand, and broadcasting regularly on Radio New Zealand Concert.

Seven years of study and performance in London and Europe followed, included a full scholarship to the Royal College of Music London, to study with renowned Russian pianist and teacher Irina Zaritskaya, as well as postgraduate studies at the Guildhall School of Music and Drama. In 1987, Katherine won the Top Duo Prize in the Stresa International Chamber Music Competition in Italy, performing with cellist Vincenzo Giuliani.

Katherine has performed Romantic piano concerto repertoire with the New Zealand Symphony Orchestra and the Auckland Philharmonic Orchestra and has been guest on a number of occasions as concerto soloist with the Auckland Chamber Orchestra and Opus Orchestra, specialising in the concertos of Mozart and Beethoven. She is also the coordinator behind the Gallagher Academy of Performing Arts’ successful ongoing concert series and the producer for the numerous University of Waikato Conservatorium of Music concerts in the central North Island, New Zealand.

From their piano studies at the University of Waikato, Katherine’s students have excelled, winning scholarships to study in Germany, Vienna, London, and at the Australian National Academy of Music.

A lover of chamber music, Katherine is an active performer and music collaborator.  A founding member of the Ogen Trio and the Kandinsky Ensemble, since 1995 Katherine has performed regularly with cellist James Tennant, as the Tennant-Austin Duo, throughout New Zealand and in Europe and the USA.  Her newest chamber collaboration, called the Trans-Tasman Duo, began in 2015 with renowned Melbourne-based pianist Glenn Riddle (concert tours in New Zealand and Australia in 2016 and 2018).  The New Zealand Chamber Soloists occupies the substantial portion of Katherine’s performing and concert life.

In addition to the recordings released with the NZCS, Katherine has released two CDs on the Atoll label, one with great Russian Sonatas for Cello and Piano, the other “Diable Vert”, performing virtuoso and romantic duo works, with international cello sensation Santiago Canon Valencia, to critical acclaim.