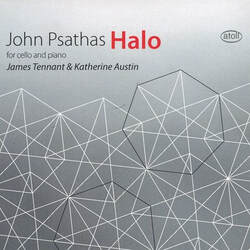 Halo (2019)
Atoll Records / CD Single
Atoll ACD 121
Commissioned by Ian Graham and Agi Lehar-Graham, Halo was written in 2014 for pianist Katherine Austin and cellist James Tennant, and was premiered by them in February 2016 in the Auckland Town Hall. Halo was produced by Wayne Laird of Atoll Records. 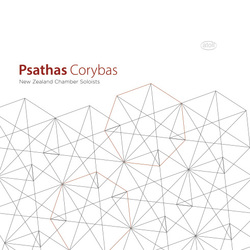 This most recent album from the New Zealand Chamber Soloists features the complete piano chamber works of renowned New Zealand composer John Psathas. A number of the works, including Island Songs and Corybas, were originally written and commissioned for the group. 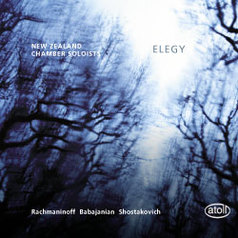 Released in 2010, Elegy soared to the number one position on the Radio NZ Concert charts, where it remained for six weeks. This debut album of the New Zealand Chamber Soloists features works by Shostakovich, Rachmaninoff, and Armenian composer Arno Babajanian, and was produced by Wayne Laird of Atoll Records.


"Throughout this disc the playing of the New Zealand Chamber Soloists gets it right, identifying with and capturing the character of each work with terrific energy, single-minded determination and heartfelt feeling.... the recording gives a vivid and compelling presence to the music-making." Radio New Zealand
"...the New Zealand Chamber Soloists' unaffected, but deeply affecting, playing, compares favourably with the ...star-studded cast, Lang Lang, Vadim Repin & Misha Maisky." Fanfare Magazine

Ahi features six works for piano trio, written by five New Zealand composers, and was a finalist in the Best Classical Album Category of the New Zealand Music Awards. The contemporary works are very accessible and feature a range of musical genres, from Greek-inspired dances to natural New Zealand soundscapes to Balinese Pop among others. Throughout the CD the players demonstrate a range of performance techniques which include the traditional, the experimental and the utilization of subtle digital effects.

The Ogen Trio represented an early incarnation of the New Zealand Chamber Soloists; this album was an important milestone for the group in terms of developing their performance material to include contemporary works alongside the traditional chamber music repertoire.

"Sublime and haunting. A new CD from the Ogen trio has been a long time coming, but worth the wait. This handsome album... acknowledges the pioneering role that the Ogens have played in commissioning and performing NZ music.”  William Dart, NZ Herald